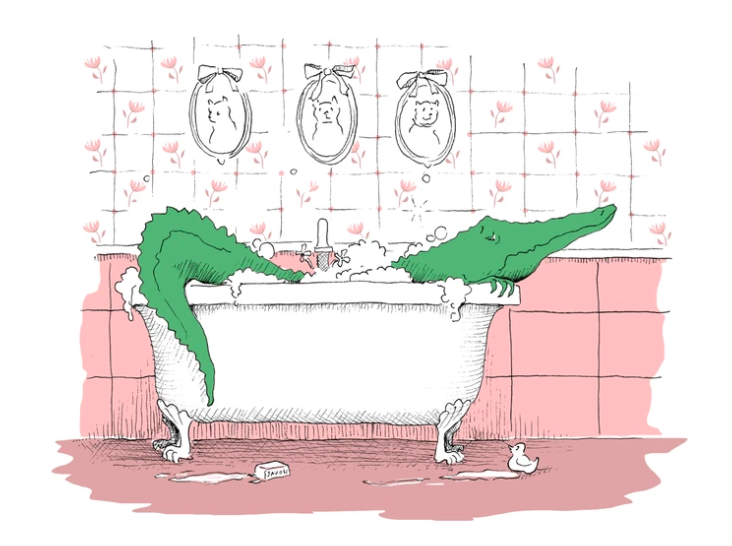 If you’re reading this page, it means you’ve probably read our book: Kylie The Crocodile in Paris.

We hope you liked it!

But what’s the full story?

Well, we have to rewind all the way back to 2017 when Oliver was making a podcast episode about a beaver in the Canal Saint-Martin.

He didn’t find any beavers, but he found an elderly lady who confessed to releasing two crocodiles into the canal.

You can hear the original episode here.

In the episode, someone explains that in 1984, firefighters found a crocodile in the Seine river and sent it to Brittany. Now, this isn’t Kylie, but maybe her older sister.

Oliver and Lina visited that croc, Eleonore, in 2018 on their honeymoon (see below).

As for Kylie… well no one has ever seen her. But Oliver and Lina often peek over the edge of the canal and have a good search.

Next time you’re in Paris, why not do the same?

Now, if you want to know about our next book before everyone else, follow @ParisAnimalWorld on Instagram here.

PS: If you’re an adult, the full crocodile story is told in one of the later chapters of Oliver’s memoir, Paris On Air. Get it here.

Hello! I’m Oliver Gee, the guy behind The Earful Tower – which a channel about Paris and France. It all started as a podcast in 2016, now it’s one of the top travel shows in the world.

I wrote Paris On Air, Kylie the Crocodile, and Roger the Liger.

Here’s The Earful Tower’s 2022 PDF guide to Paris. All the tips you need for a visit to the City of Light. Buy it now for €19.99 and you’ll get it automatically in an email.

Here are all our books, Roger the Liger, Kylie the Crocodile, and Paris On Air. Click here for your copy.

Are you already a Patreon?