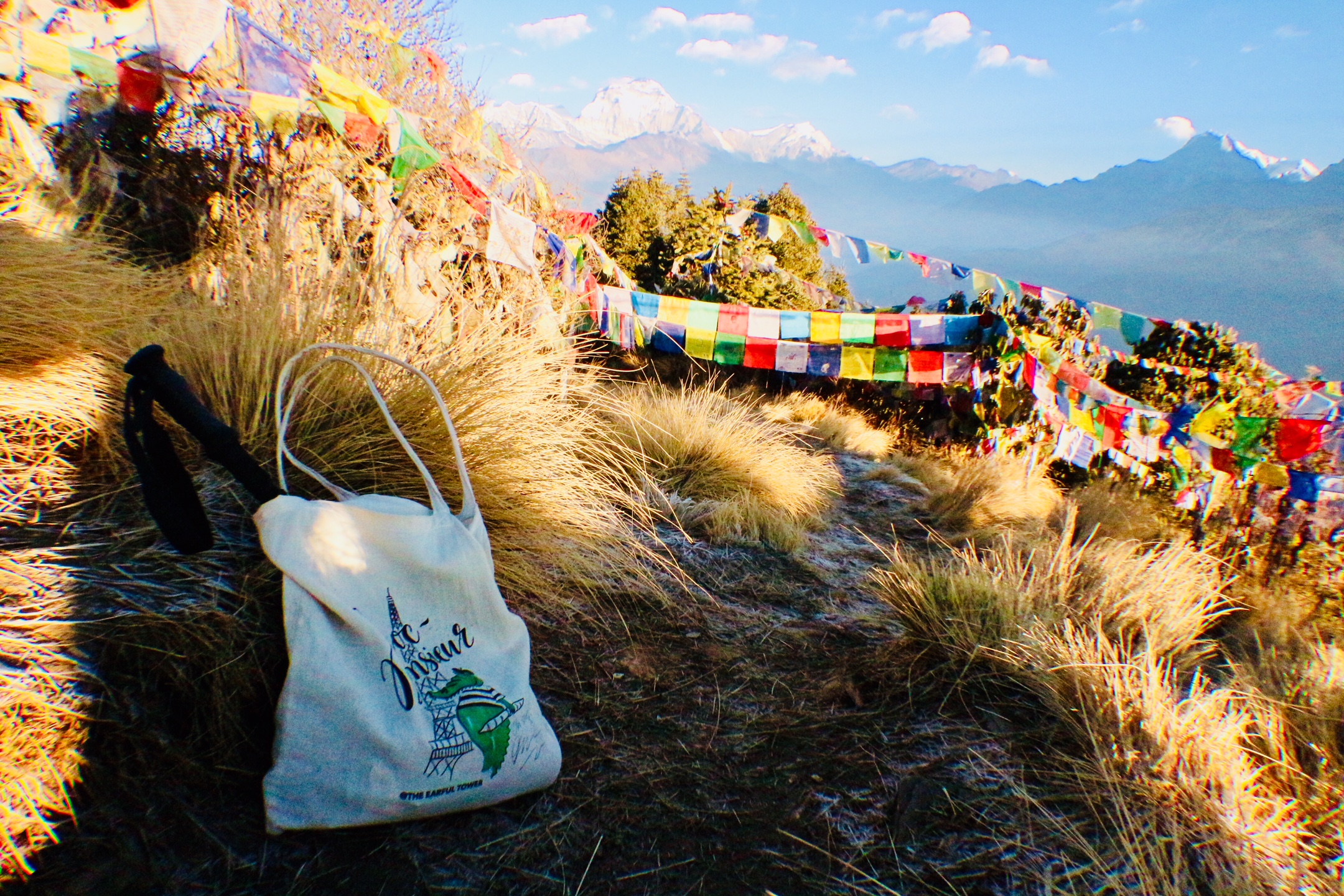 I made a tote bag (read about it here) and I asked you guys to send me pictures of it.

Here are the impressive journeys of a Paris crocodile. Let’s start close. Here it is in Paris.

But I took that picture, so it doesn’t count. However, it didn’t take long for the tote to head elsewhere, with the pic below coming in from Janine Marsh of the Good Life in France fame. (Her episode here.)

The croc spread its wings and moved north east to Sweden, where no warm-blooded reptile belongs. Here’s Anne Louise’s tote near Stockholm.

Things spirally quickly outwards from there, and before I knew it, the bag ended up in Niagara Falls with April.

Just when I thought it couldn’t go further, it went to Seattle, thanks to our favourite blogger in the US, French Girl in Seattle!

A post shared by French Girl in Seattle (@francewithvero)

Then, wonder of wonders, we cracked the Puerto Rico market!

But it wasn’t done yet. Here’s a pic from author Lily Heise, who took her bag to the Himalayas. Pictured, she says, is the Annapurna circuit on the Dhaulagiri mountain, the seventh highest mountain in the world at 8,167 metres (26,795 ft). Now we’re learning something too.

The Himalayas took my breath away, that is, until I saw it had travelled even further. Check out this tweet below, from Somerville in Victoria, Australia. Thanks Brian!

Thanks @olivergee23 my tote bag arrived so I thought I would hang it from my town sign. Greetings from Victoria. Your old home state. Keep up the good rest work you are doing. pic.twitter.com/pdSc229CEV

At this point, I realized the bag couldn’t possibly get further from Paris.

But how wrong I was. I opened my emails one day to this message:

Apparently they play the podcast in the hotel while dreaming of Paris. Thanks guys!

Yes thanks to all who bought the tote bag, which has now sold out. Check out the new version, the Lunchpack of Notre Dame.

Hello! I’m Oliver Gee, the guy behind The Earful Tower – which is a podcast, videos, and blog posts about Paris and France. I wrote Paris On Air, Kylie the Crocodile, and more recently Roger the Liger.

I started this podcast in 2016 as a side gig – and now it’s among the top travel podcasts on Earth! Welcome to my website.

Here are all our books, Roger the Liger, Kylie the Crocodile, and Paris On Air. Click here for your copy.