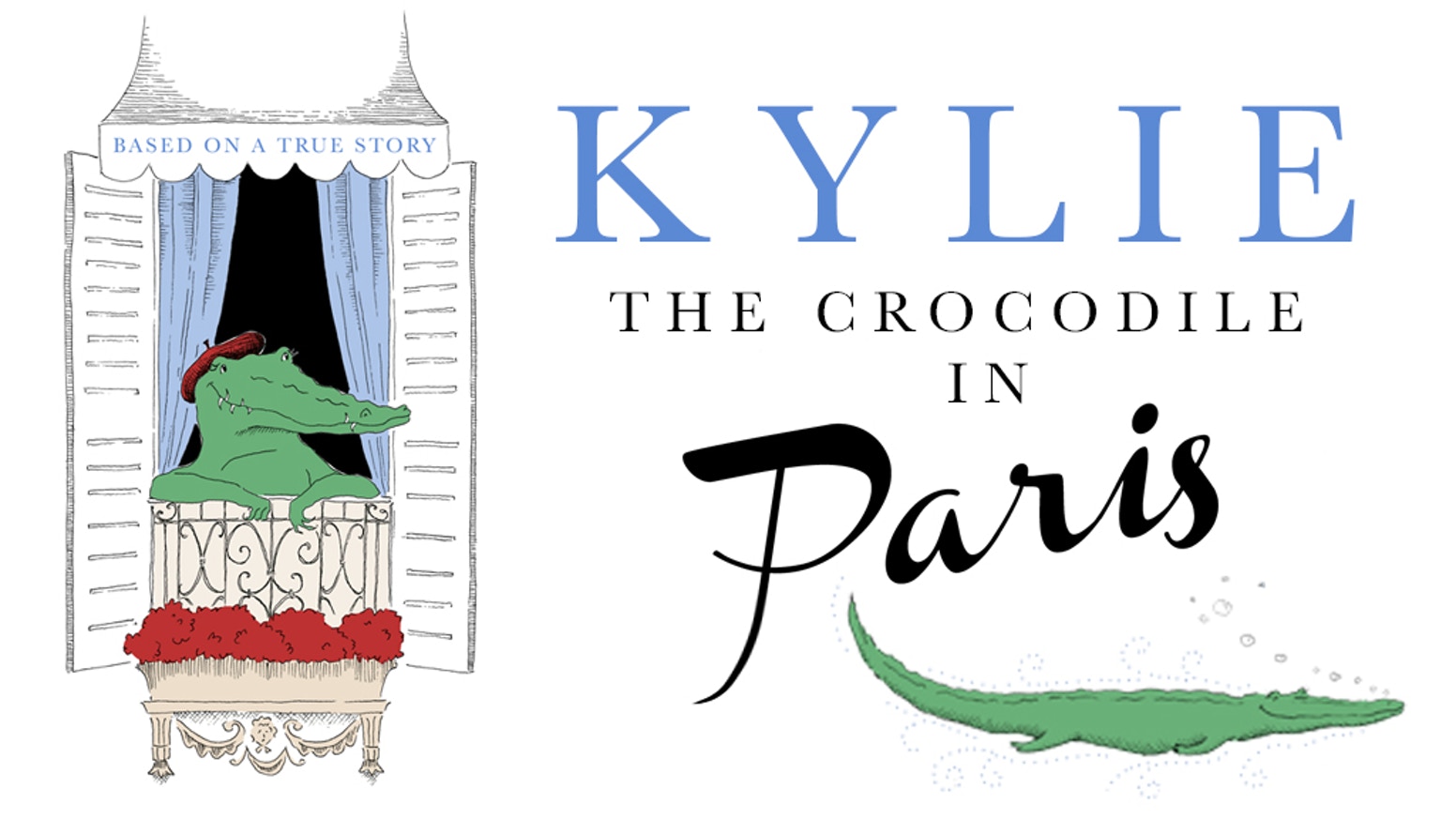 Here’s how you can order a copy of Kylie the Crocodile, the first children’s book from The Earful Tower’s Oliver and Lina.

You can read a whole lot more about the book below, but first, here is the link to order directly from us.

It’s Kylie the Crocodile, the first children’s book from The Earful Tower’s Oliver and Lina. Postage is included (worldwide).

More about Kylie the Crocodile

So, in case you missed it, this is a book following the life of a crocodile that lives in the Canal Saint-Martin and explores Paris secretly by day, and rather lavishly by night. And it’s based on an absolutely true story.

We funded the initial print run via a Kickstarter campaign, which is now closed, but which raised over 300 percent of our target goal! Kickstarter itself called it a “Project We Love” – and all this allowed us to make the book even more beautiful, with a lovely matte hard cover and UV finish.

In a broader sense, the campaign has also proven to us that there is a real appetite for our children’s books! This is great, not least because we’ve practically finished another one and are now excited to introduce you to that Paris character too. But one thing at a time 😉

Let’s start with Kylie, order your copy at that link above. And make it snappy 😉

Hello! I’m Oliver Gee, the guy behind The Earful Tower – which is a podcast, videos, and blog posts about Paris and France. I wrote Paris On Air and more recently Kylie the Crocodile.

I started this podcast in 2017 as a side gig – and now it’s among the top travel podcasts on Earth! Welcome to my website!

Grab our children’s book about a crocodile in the canals of Paris! Click here for a copy.

A closer look at our children’s book

Paris On Air: A Memoir

My memoir, Paris On Air, is available to order. Get your copy too! Click here. Or get the paperback plus audio combo cheap here.

If you like what you see, but are itching for more, why not become a Patron and get all the bonus content, including my audiobook, PDF guide to Paris, and LOADS more. Check it all out on Patreon here.

The Earful Tower’s Guide To Paris

It’s here: The Earful Tower’s guide to Paris. All the tips you need for a visit to the City of Light.