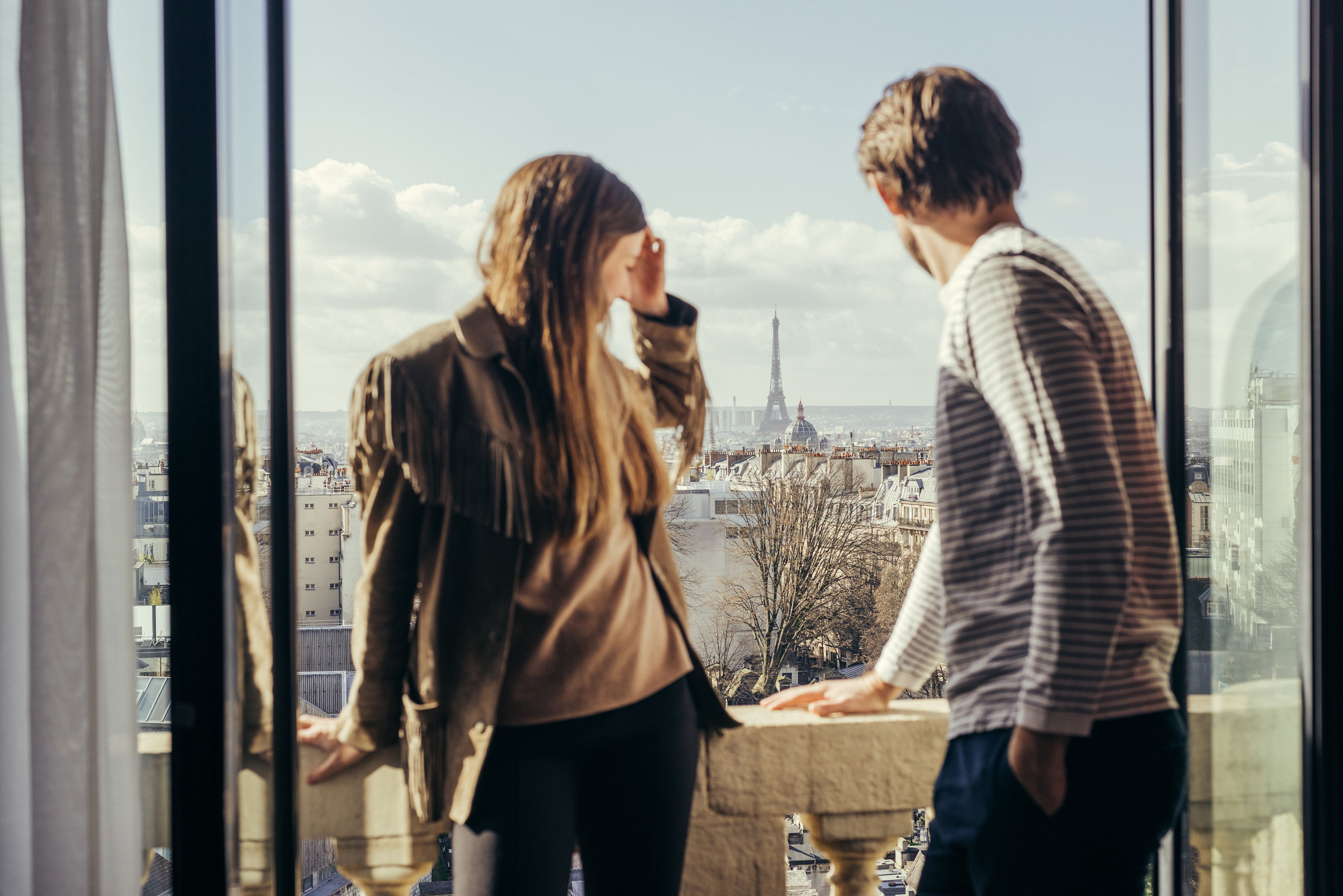 The Earful Tower is an award-winning podcast and channel about Paris and France, created by Oliver Gee and featuring special guests who make the City of Lights shine.

“It’s not hard to imagine being transported to Paris while listening,” said The New York Times when it ranked The Earful Tower among the world’s “most transportive” podcasts.

There have been 300 episodes and over 2 million downloads since the launch in 2017.

Who is Oliver Gee?

Oliver moved to Paris as a full-time journalist in 2015, but switched to podcasting in December 2017. He told his full Paris story in 2020 in his first book, Paris On Air, a self-published memoir that went wild on Kickstarter and had top reviews from readers all over the world.

Who is Lina Nordin Gee?

Lina is a fashion designer and illustrator from Sweden, who’s also known online as Parisian Postcards. She has been married to Oliver since 2018, and together they co-own the Earful Tower and occasionally co-host the podcast episodes.

The duo has made three children’s books, Grace the Giraffe, Kylie the Crocodile and Roger the Liger, all of which you can find in The Earful Tower’s online shop here. The books are also available in all the English bookshops in Paris… even the Louvre Museum’s gift shop.

What is The Earful Tower podcast?

It’s a free weekly audio show, typically with a special guest who shares their story over half an hour. These guests include authors, tour guides, TV presenters, cooks and comedians, mayors and ambassadors… There are actors, YouTubers, supermodels… you name it.

All in all, there are over 70,000 people following The Earful Tower and the show has over 2 million downloads.

Hang on, what’s a podcast?

It’s like a radio show that you can play whenever you want. If you like the sound of all this, then I recommend you subscribe to the show, meaning you get each new episode straight on your phone as soon as it’s published. Here’s a full guide to how to do it (and it’s even on Spotify).

To make it nice and easy, here are all the episodes so far.

How to become a member?

Earful Tower members sign up via the Patreon page, where a small monthly or annual fee unlocks a whole new world of extras, including a detailed PDF guide to Paris, regular videos, and an active online community.

You’ll hear from us every Monday, without fail, on the podcast.

Hello! I’m Oliver Gee, the guy behind The Earful Tower – a channel about Paris and France. It all started as a podcast in 2016, now it’s one of the top travel shows in the world.

I wrote Paris On Air, Kylie the Crocodile, Roger the Liger and Grace the Giraffe.

Here’s The Earful Tower’s 2023 PDF guide to Paris. All the tips you need for a visit to the City of Light. Buy it now for €19.99 and you’ll get it automatically in an email.

Here are all our books, Grace the Giraffe, Roger the Liger, Kylie the Crocodile, and Paris On Air. Click here for your copy.

Are you already a Patreon?